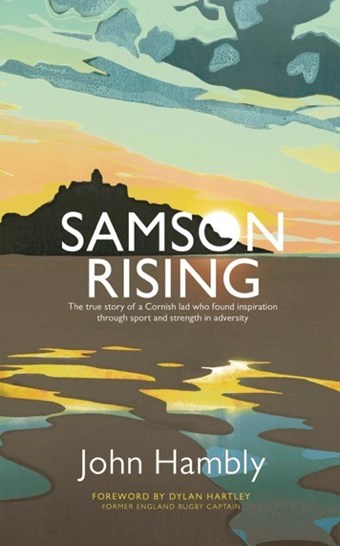 John has been made an Officer of the Order of the British Empire (OBE) in the Queen's New Year Honours List, for services to People with Disabilities in Surrey and the Home Counties, congratulations from everyone at Truro RFC.

The True Story of a Cornish Lad

From childhood days growing up on a tough Cornish council estate during the 1960s and ’70s, through to establishing a bespoke Multiple Sclerosis therapy centre in Surrey, John Hambly’s life has been quite a roller-coaster.

He discovered the strength of teamwork early on by becoming mentally and physically fit playing rugby at senior school, whilst also realising that this was a good way to dispel bullies.

A career in surveying led him to London; quite a change for a boy from the west country. There were some hilarious and mad escapades as he learnt ‘on the job’, but he was successful in his chosen profession and also in sport, becoming Captain of an aspiring junior London rugby club. Marriage and four daughters also followed along the way.

It is when participating in the London Marathon that the first alarming signs of his physical problems appeared, but only later that Multiple Sclerosis was diagnosed.

Following two years where his condition seemed to be in free-fall, and realising the great lack of specialist resources in the NHS, John became determined to improve the situation. Over the next 17 years, with help from his ex-teammates, charity trustees, family and friends, millions of pounds were raised to enable the construction and development of the Samson Centre in Guildford; eventually treating up to 200 people a week and offering 10,000 therapy sessions each year. It is John Hambly’s indomitable spirit and great belief in teamwork that built this charitable foundation.

John or "Vertical" as he was known, is a former Truro player who moved to London, played for Old Actonians, returned home on tour many times including the infamous "Brown Willy Tour".

John has written this book, which is about life and the importance of rugby, especially in Cornwall. 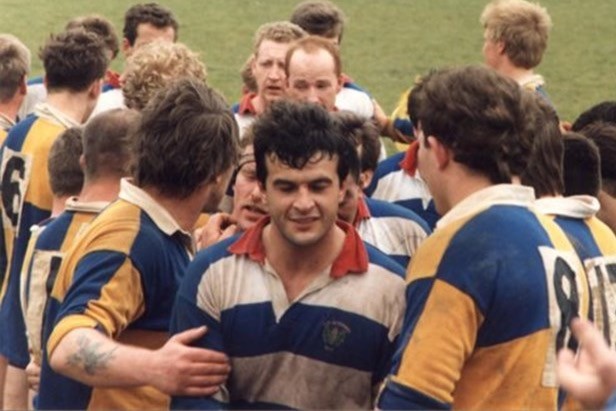 SAVE THE DATE – LIVESTREAM BOOK LAUNCH

Book your place at our live online book launch to celebrate the publication of John Hambly’s memoir Samson Rising, on Wednesday 23rd September at 6.30 – 7.30pm.

Samson Rising is a wonderfully uplifting read which will resonate with people from all walks of life.  From childhood days growing up on a tough Cornish council estate during the 1960s and ’70s, through to establishing a bespoke Multiple Sclerosis therapy centre in Surrey, John Hambly’s life has been quite a roller-coaster.

Join special guests, Jason Leonard and Andy Gomarsall, as they are live streamed into our virtual event to share their personal thoughts about key themes in the book – including resilience in the face of adversity, John’s passion for the Cornish landscape and the power of the rugby community.

Guarantee your virtual seat at the You Tube live streamed book launch, by contacting Jane Ward, at janew@harveythorneycroft.co.uk.   The event link will be sent to you by return email.

Samson Rising, £18.95 (hardback) is available from Amazon, Waterstones and via the publisher’s website www.unitedwriters.co.uk.

Find out more about Samson Rising and its author, John Hambly here. 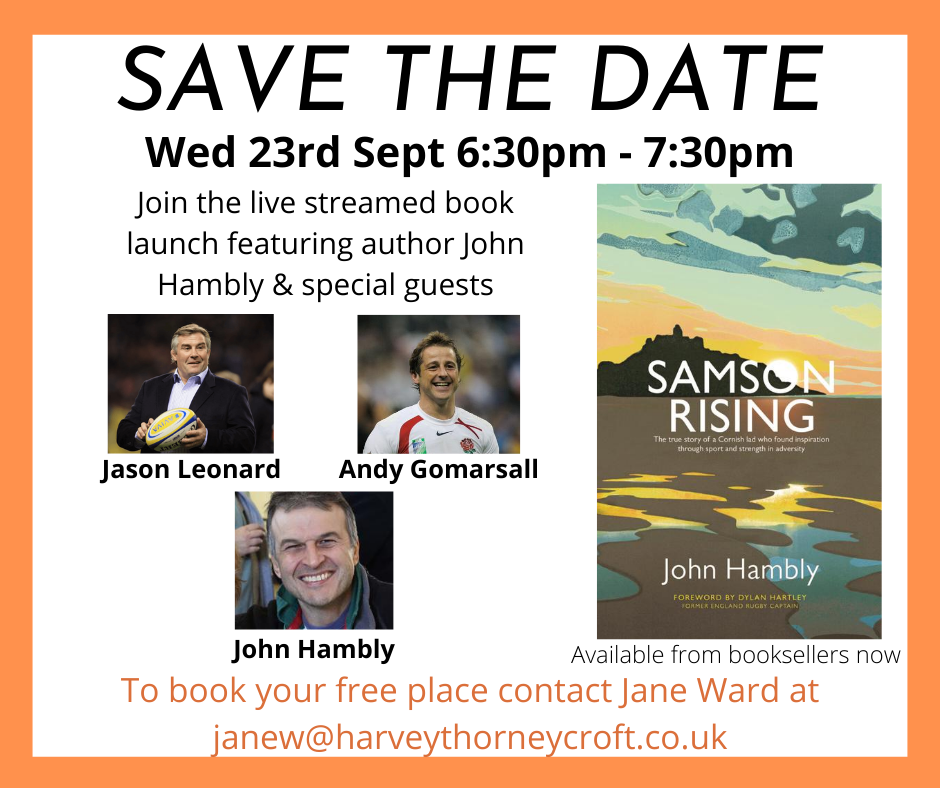