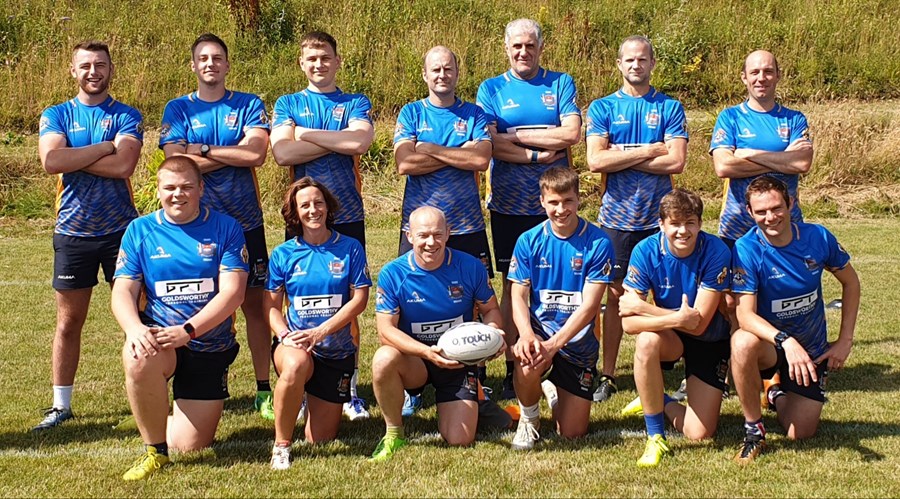 Whilst contact rugby is having a summer break at Truro, Touch rugby has been thriving this summer with our own club team "Truro Trojans" are having a busy summer, training on Wednesday nights, new training stash and they've played a couple of games recently against Par and Plymouth.

A Very Quick Rules Guide!
The game is played on half a pitch, fielding 6 a side at any one time and rolling the subs, the games are generally played over two 12-15 minute halves, tap to start game, to tackle " touch" the person with the ball and the player restarts the game "rollball", after 6 restarts and opposition takes possession, tries are scored by going over the try line, point for each.

The Fixtures;
The first match was on Wednesday 3rd July up at Par, where the scores were 7-3 and 8-3, both wins to the Trojans with a total aggregate score of 15-6.
Par are a newly formed team, but are looking to take on the game and its format in the right ways and with enthusiasm we're very positive they will be great opposition as they develop and grow for the future.

Saturday 20th July home game.............
Plymouth are an established O2 Touch centre which we have got to know over the last 3 years. They play some good touch and have some youth and pace in their side. However so do we and we utilised this very well both in attack and defensively.

Some fantastic last ditch touches and work rate saving scores against, and some lovely running lines creating chances coupled with positive decision making saw us put together some good scores.
Trojans running out 4-2 and 5-3 winners, 9-5 on aggregate.

Would you like to get involved?
Want to try something NEW? Why not try "Touch", a minimal contact sport which was born from Rugby and is now growing in popularity with men and women here in Cornwall. The first session is free, so what's there to lose? Pop along to the Truro Trojans Touch at the Truro Rugby Club, Wednesday nights on the 2nd Pitch from 18.30-20.00.