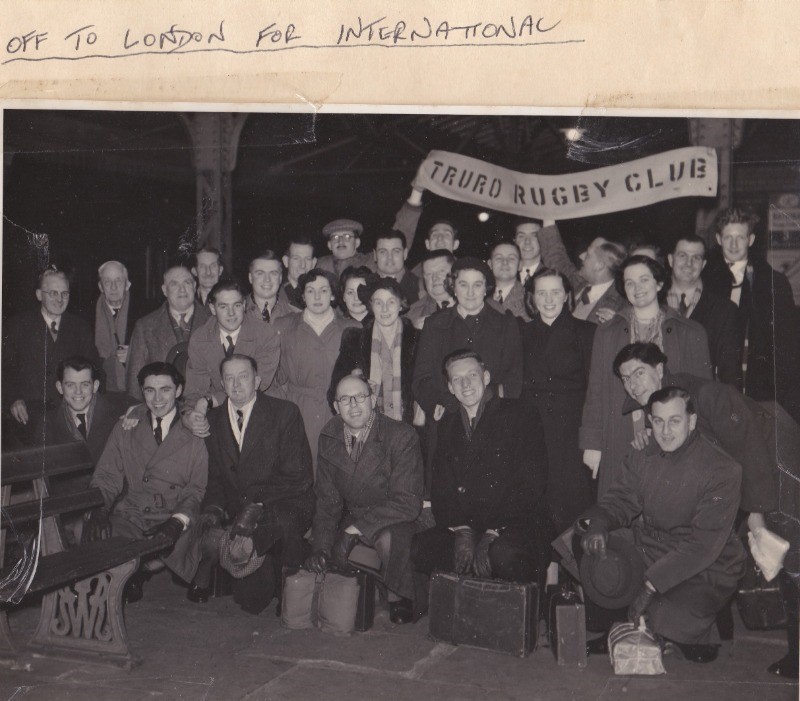 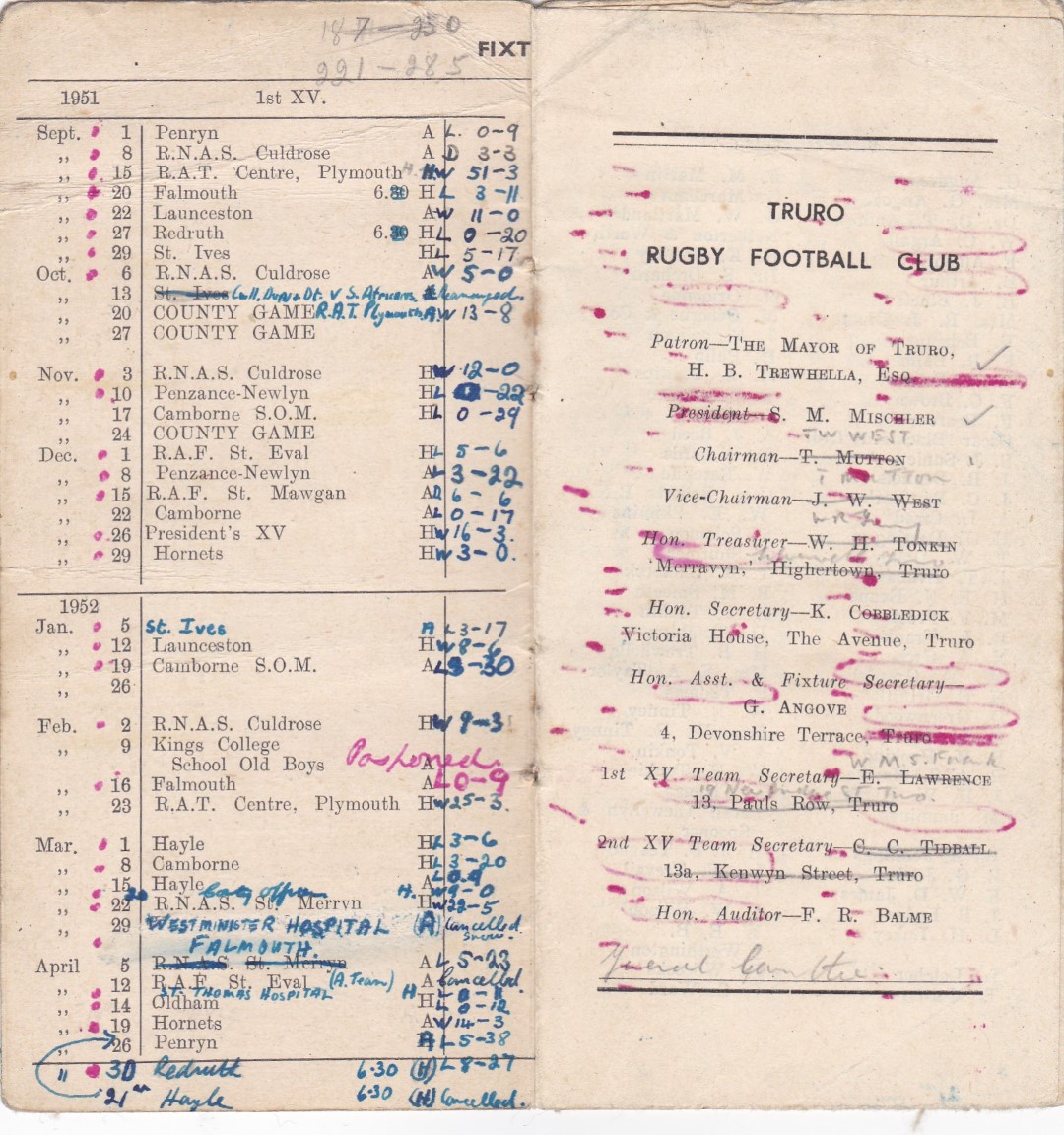 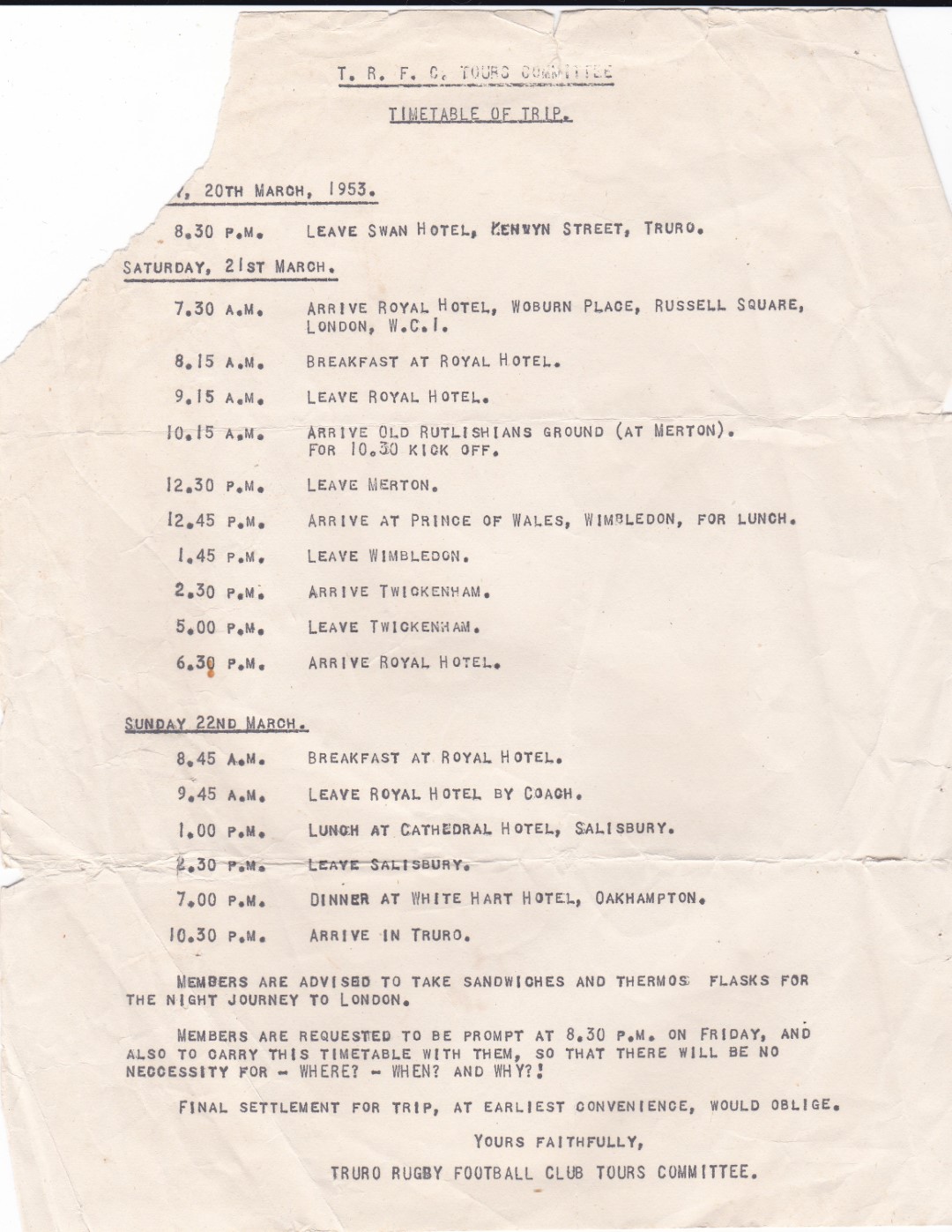 Timetable for a club social trip to Twickenham to see England versus Scotland. England won 26 - 8 on the day and went on to become Five Nation Champions. 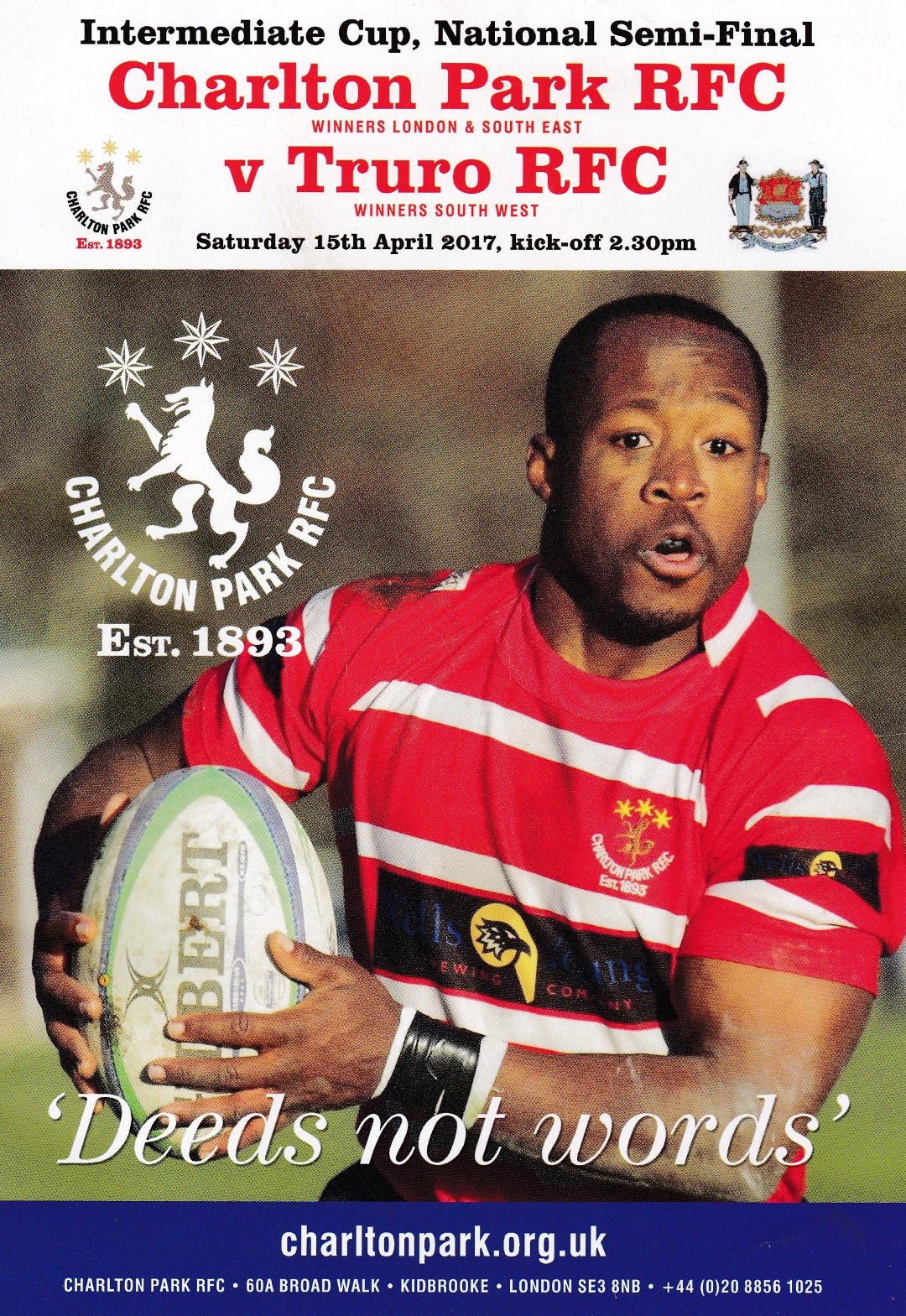 Precisely when Truro Rugby Football Club was formed remains a mystery. Historical data indicates that some form of club or team existed as far back as 1884. Indeed, our first County Representative, one GH Chilcott, is recorded as having played in the Duchy’s first game against our arch-rivals Devon, on 12th January 1884. Furthermore, three more players from Truro represented he Duchy the following year. As late as 1897, the records will show that Truro played Penzance and lost by a single point. From this limited information, we can only assume that a club of sorts existed, and that from those humble beginnings, the Truro Club originated. 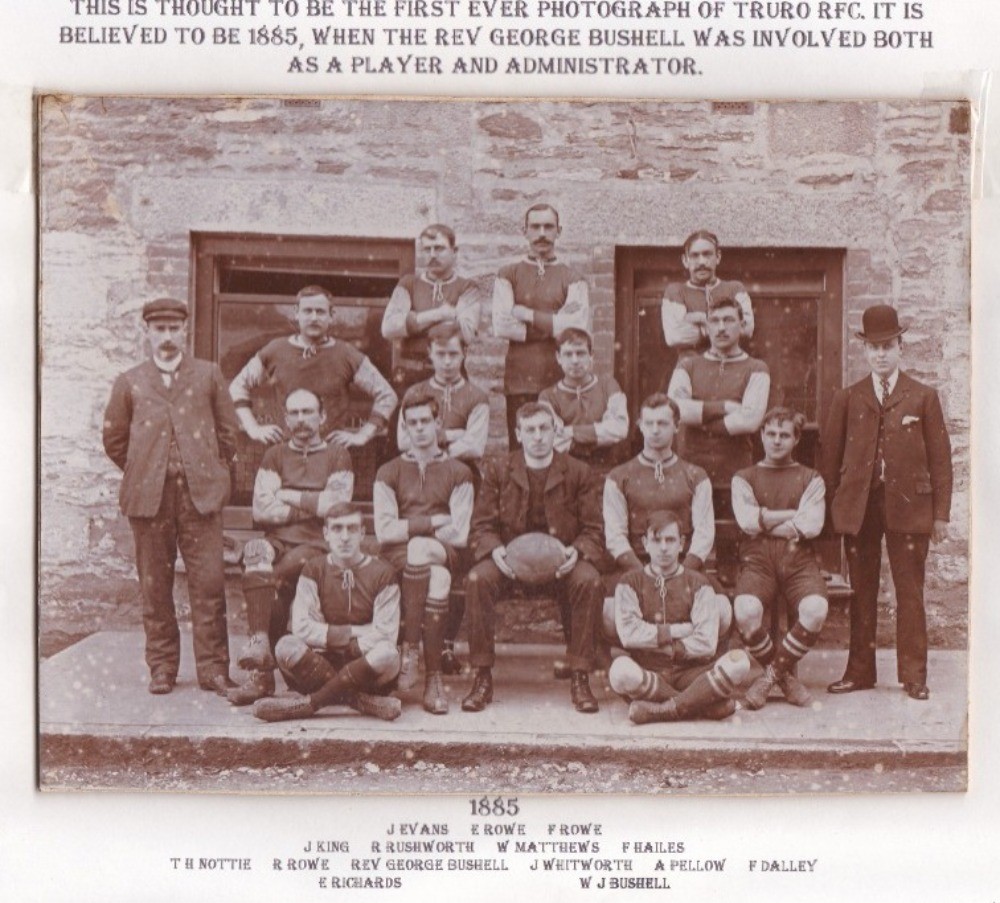 Despite the lack of official records, we can be sure that, irrespective of what happened between 1897 and 1906, a club known as the Truro City Rugby Club was formed in February 1907. It came about when the Working Men’s Club, better known as the Peoples Palace, decided that the city had the capacity and potential to form a representative rugby team. The team was formed and made its debut performance against Camborne on 23rd February 1907 – a game we duly lost by the score of 37pts to 3 pts! 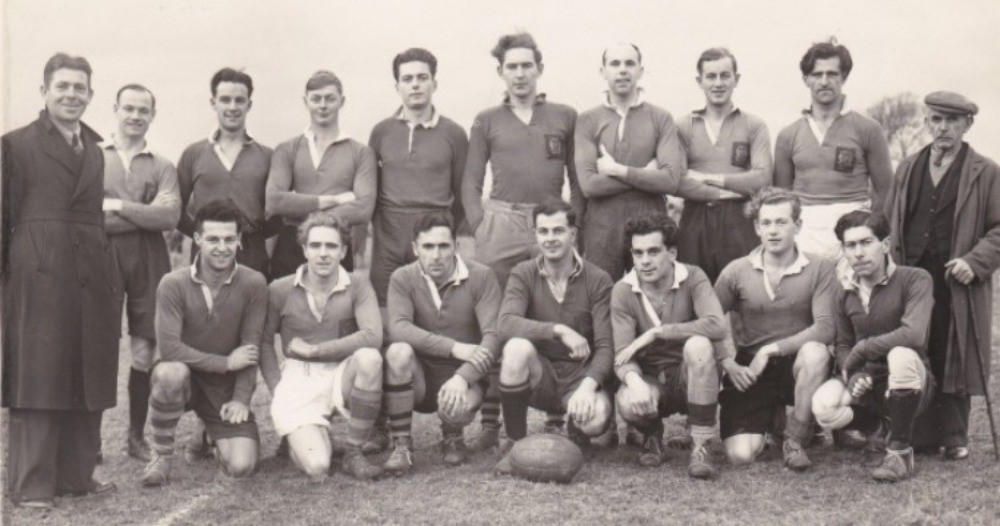 Once again, it would seem that the lack of any official records between the 1908 and the Great War, would indicate that the club either played Junior rugby within the Duchy, or disbanded for a brief period. When the records recommenced, they show that Truro reformed in 1922, and have carried on playing “the game” ever since. 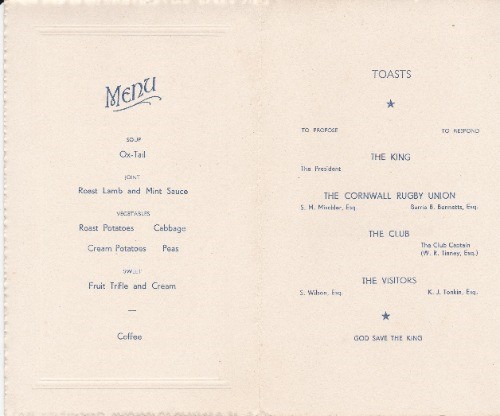 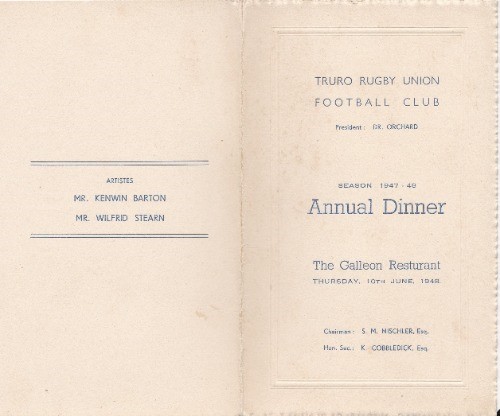 Furthermore, the records also show that the club had many “homes” over the years, before it was able to purchase our current ground, with financial assistance from the RFU (Rugby Football Union), at St Clements Hill in 1953. 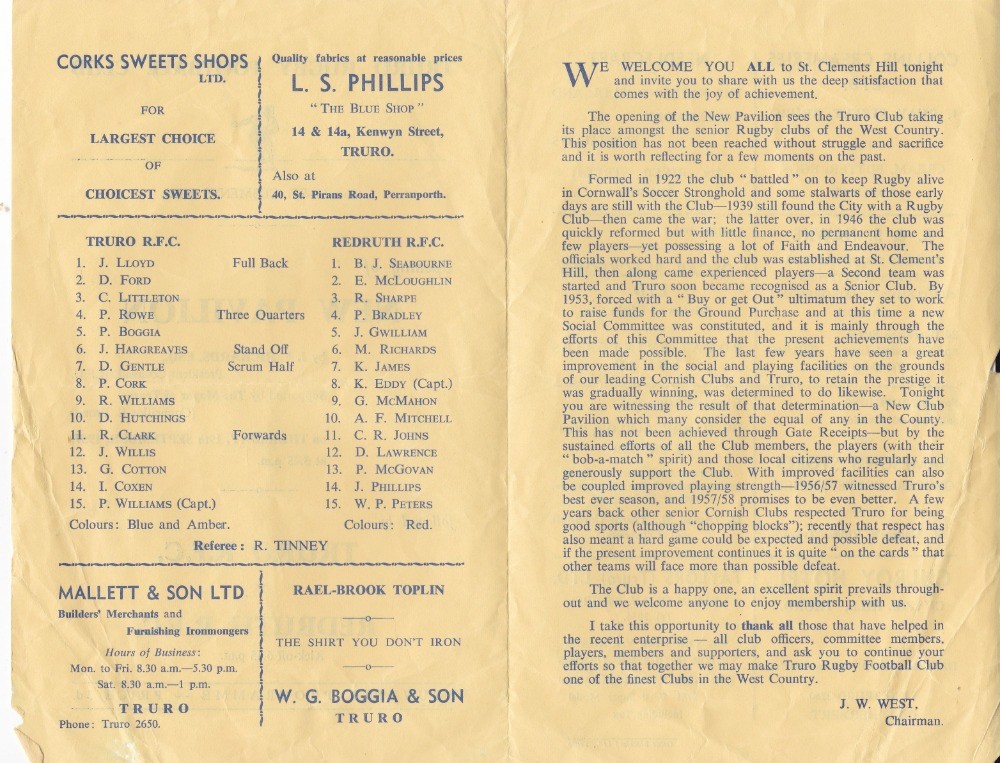 During 1957, again with some financial help from both the RFU and the CRFU (Cornwall Rugby Football Union), the original clubhouse was built. In the early 60’s, a second pitch next door, was secured. This was just the stimulant required to further redevelop the Clubhouse. The end result was a clubhouse with four changing rooms and an enlarged social area. The club was well used by what was the most successful team in the club’s history – The Team of the 60’s!! Old stalwarts will recall the season we did the double over our old enemies Redruth, how times have changed now….! With the advent of third team and youth rugby, the club soon outgrew its facilities, the end result of was further redevelopment of the changing rooms and bar area. What transpired is the club we know today. 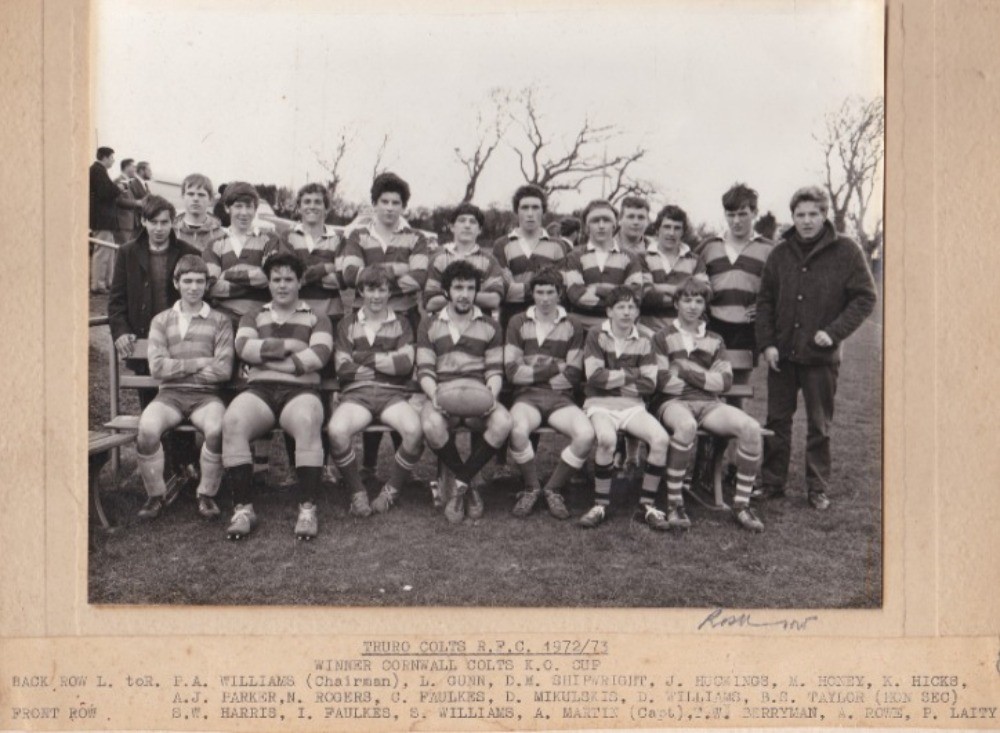 The recorded history of our club indicates that the game was, and always has been played for all the right reasons. It was there first, and foremost, to provide a facility for local people to participate in their chosen sport – rugby. Secondly, much as it is today, it has acted as a social centre for many of the City’s sportsmen. 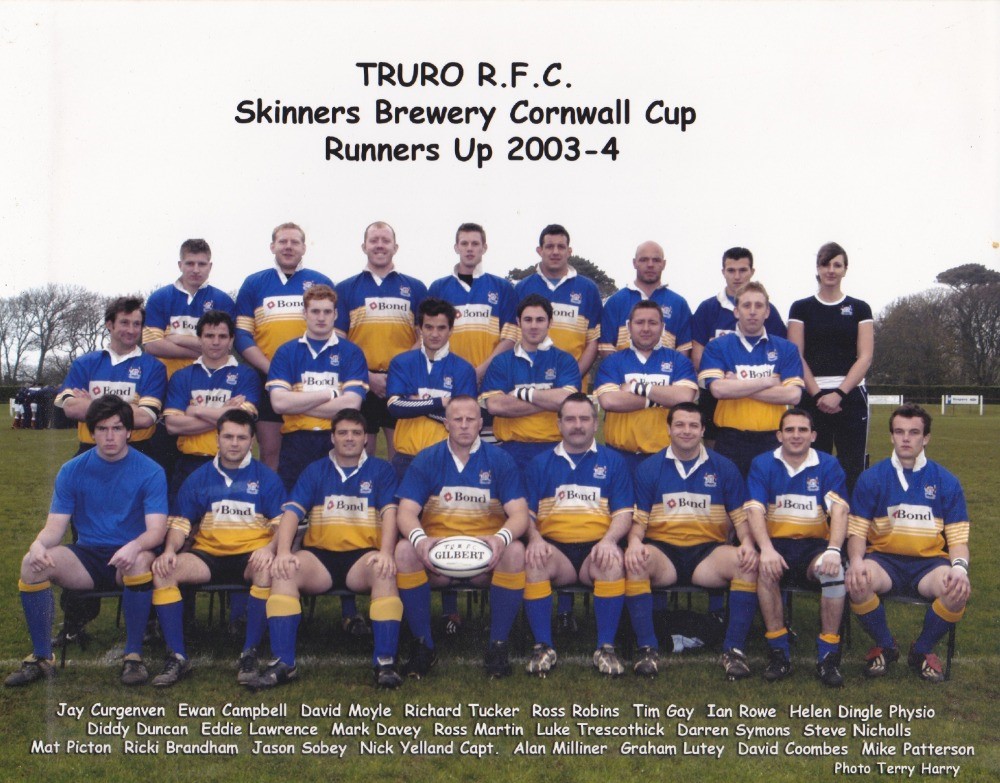